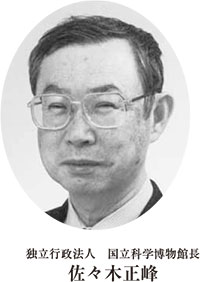 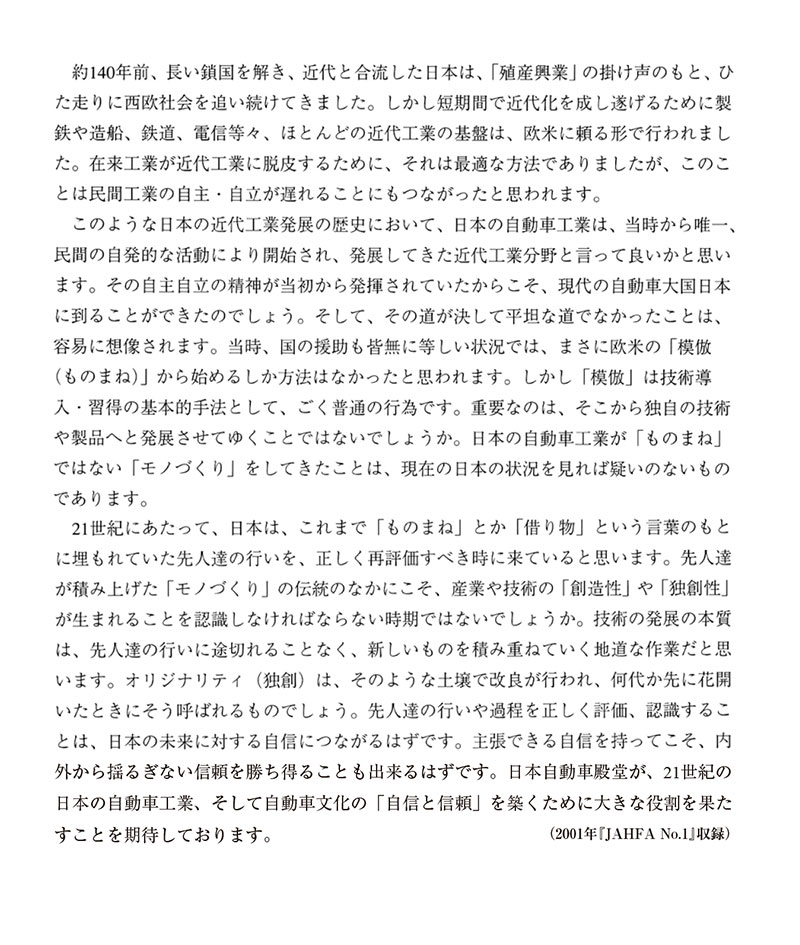 Joining the advanced nations about 140 years ago after leaving its national seclusion, Japan had been straining to catch up with Western Europe by means of industrial development. Japan had depended on the West intro- ducing the basic grounding of technologies of their modern industry such as iron manufacturing, shipbuilding, railroad and telegraph and so on. It was an optimum policy for quick modernization of the traditional handi- craft; however, it led to some delay in independence of private enterprises. In the history of Japan’s modern industrial development, the automotive industry is considered to be the sole developed sector commenced by pri- vate enterprises by themselves. By virtue of this spirit of independence, the Japan’s automotive industry is considered to have been able to estab- lish itself in the dominant position of the world.
I can readily imagine they had to surmount various tribulations on their way to the success. Without governmental support the private enterprises could not help starting their business copying the Western products. Copying is a common procedure for acquisition of technological basics. I think an important point is that original technologies and products are developed from the basics they copied or not. The Japan’s automotive in- dustry has been making not copy products, but original products. Consulting the recent history I believe this view is out of question.
In this 21st century, I think, we are required to revaluate properly the achievements of the progenitors ignored as copied or borrowed things. Now we should recognize that the creativity and originality had been formed from the traditional craftsmanship accumulated by the progenitors. Essence of the technological development is, I believe, a steady operation of accumulating new e orts to the accomplishment of the progenitors. Originality is compared to the owers brought out from such improved soil after some generations. It must give us the con dence in successful future that recognizing and appreciating the ideas and e orts of the progenitors properly. With this con dence we will sure to win immovable world-wide reliance. I hope the Japan Automotive Hall of Fame will play an important role for the Japan’s automotive industry and society in acquiring growing con dence and reliance. (Congratulatory address presented on the 2001 JAHFA ceremony)